Angelina Jolie celebrates World Bee Day with a breathtaking photograph. On this day, she came close to dozens of pollinators across the world, especially women in this business. The picture may give nightmares to many, but it is meant for inspiration.

45-year-old mom Angelina posed for this photograph in honor of world bee day. The National Geographic channel conducted the shoot on Thursday, May 20. She believes this will bring awareness regarding bees’ conservation and empower women who are neglected in this business.

She also supports the organization Women for bees, for which she serves as the godmother. On World Bee Day, the photo shoot was conducted by Dan Winters along with other notable co-stars. He took this inpiration from Richard Avedon‘s 1981 portrait showing beekeeper Ronald Fischer, who sat shirtless covered with bees in the frame.

Nearly four decades later, this Oscar winner photographed the exact moment. She was thrilled and enjoyed being part of this occasion. “It was so funny to be in hair and makeup and wiping yourself with pheromone,” Jolie said in National Geographic‘s exclusive World Bee Day interview. “We couldn’t shower for three days before. Because they told me, ‘If you have all these different scents, shampoos and perfumes and things, the bee doesn’t know what you are.’ [They] don’t want [bees] to confuse you for a flower, I suppose.”

Angelie used many kinds of stuff to protect herself from bees entering her eyes, ears, and nose, but somehow they kept entering underdress. “I did have one that got under my dress the entire time. It was like one of those old comedies. I kept feeling it on my knee, on my leg, and then I thought, ‘Oh, this is the worst place to get stung. It’s getting close,'” she described.

This shoot was meant to create awareness and scare people off after the photography. She said that she felt connected to nature and beautiful creatures. She stresses that it is vital for humans to save bees as they maintain the ecosystem. 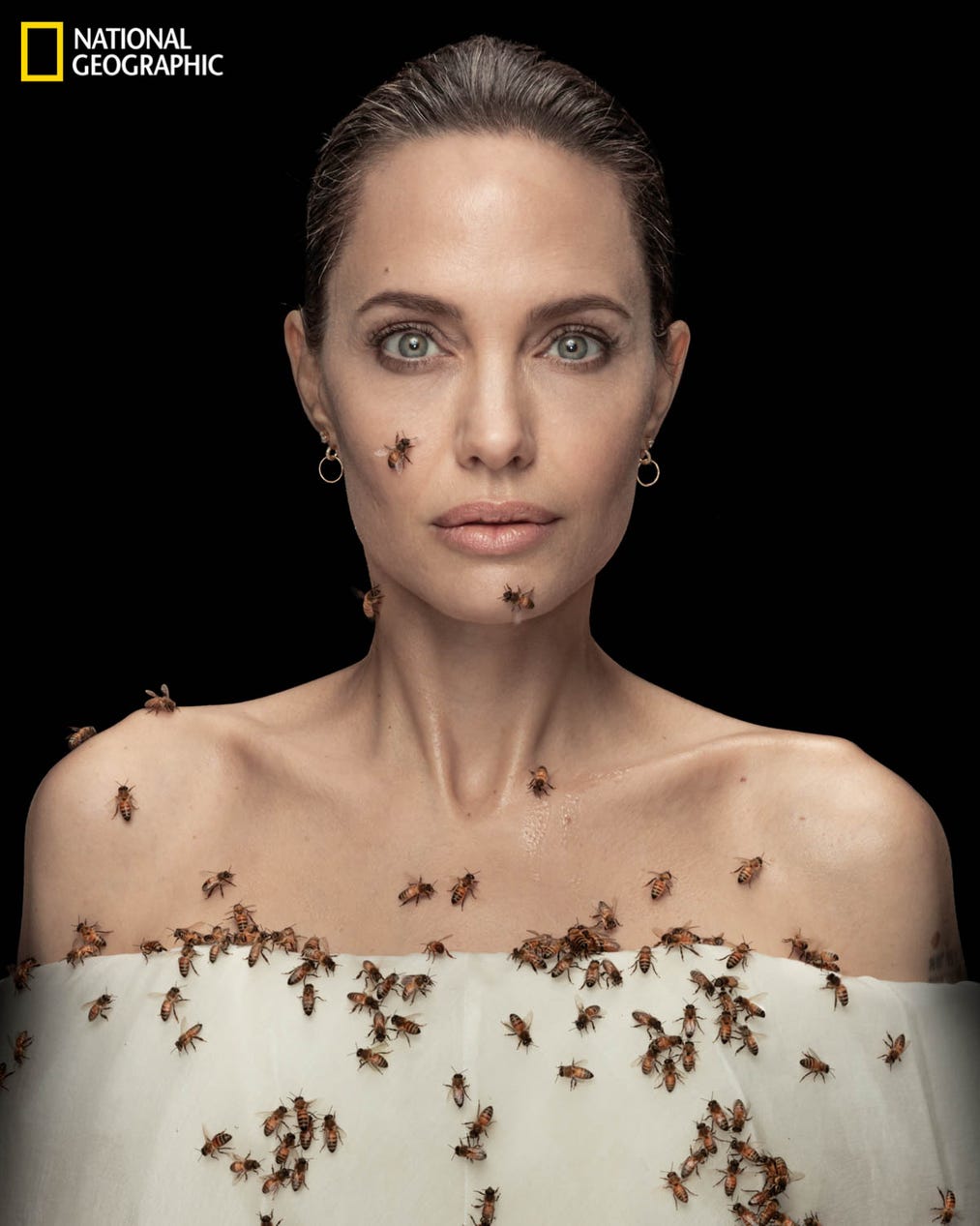