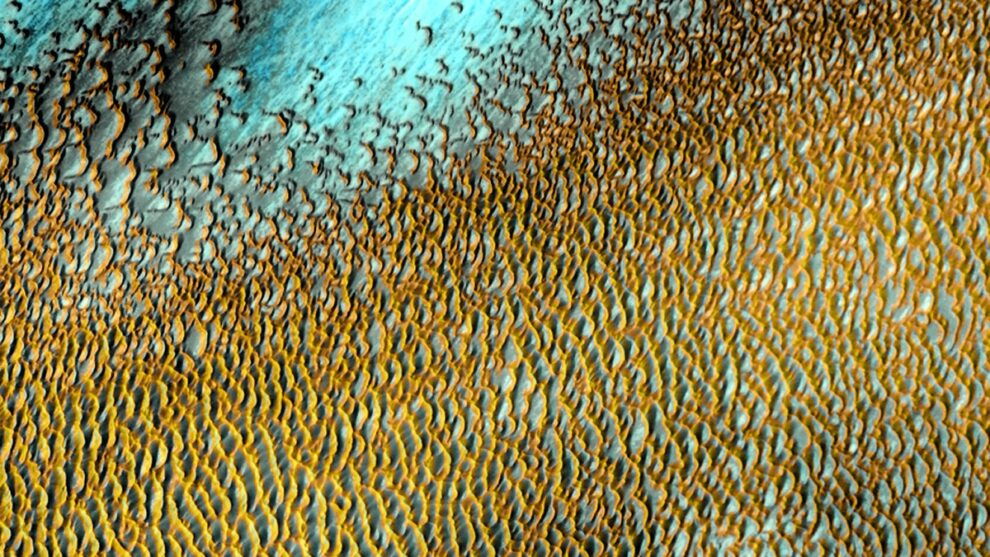 According to NASA’s latest updates, dunes have been spotted in blue tones on Red Mars. The reports say that dunes are occupying bigger space like Texas. “In this false-color image, areas with cooler temperatures are recorded in bluer tints while warmer features are depicted in yellows and oranges,” NASA said in a statement.

The images released by NASA show the beauty of a sea of dark dunes with northern caps that are embracing snow-like dust over Mars. Snow is causing chilly winds, and when rotors take the images, the color of these cold winds is blue. And warmer areas in the shade of orange and yellow. Sun-warmed mountains glowed in the dark shades while cool ones looked like magnificent blue.

Mars is famously known as a red planet. It is filled with heat, and dust looked like blue in the images from the Space Odyssey released by Mars. The color mesmerized everyone. The scientific researchers are visualizing further and thinking about Martian conditions. The golden hues of the sun are warming the dunes.

Mars Odyssey who took the pictures

The rovers are collecting all the happening of this red planet. These blue dunes pictures were from the collection of images from the year 2002 to 2004. NASA officials were happy to share this news on the NASA 20th spacecraft anniversary.

“The longest-working Mars spacecraft in history.”

Rovers on the mars are doing all the hard work. They are collecting, mapping, and studying the Mars conditions for several years. These rovers have helped researchers to accumulate images of ice water. Currently, these Mars Odyssey have been working on collecting images from the Mars moons.

These rovers move at a slow speed because speed can cause them to tumble at any time. Scientists are further thinking of ways to give them wings. These wings occupy a larger area, thus making the collection easier and will also consume less time.

“The ability to fly wherever you want, at great speed, for a closeup view without risk of damage from collision or fall, is a thrilling capability,” says Alan Duffy, a professor in astrophysics at Swinburne University in Australia.

NASA scientific researchers are building rotor-craft. And this rotor will be light and tiny in design. It is set to launch this week for more space missions. 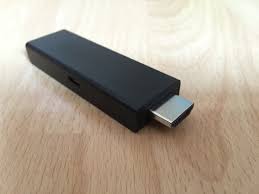 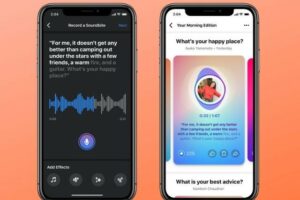 India sees a surge in coronavirus cases, here’s why?
All About BAFTA 2021: Who won the major awards?
Comment 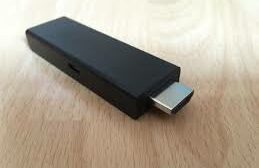 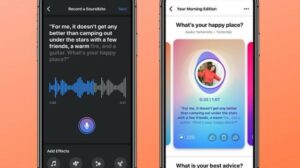 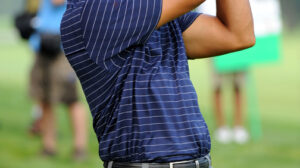 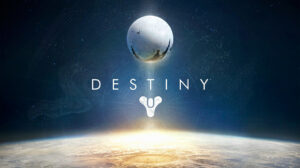 New Toaster Based on Destiny in the Works By Bungie