American president Joe Biden finally acknowledges that the massacre of Armenians during world war one was a genocide. He became the first US president that did not follow former presidents’ footsteps and made this decision. He acknowledges the fact that commitment to human rights is vital for everyone.

Joe Biden Recognizes The Armenians Massacre As A Genocide

24 April marked the 106th anniversary of the massacre that killed thousands of Armenians during the ottoman empire. American president Biden became the first president to use the word Genocide in an anniversary speech.

“We remember the lives of all those who died in the Ottoman-era Armenian genocide and recommit ourselves to preventing such an atrocity from ever again occurring,” Biden said.

“We affirm history and we do this not to cast blame but to ensure that what happened is never repeated.”

Uruguay became the first country to recognize this cruel Genocide in 1965, then many countries like France, Germany, Canada, and Russia have also acknowledged the fact. This move fulfills the president’s campaign to use the word Genocide in massive killings that happened a century ago in present-day Turkey.

How did Turkey respond to Biden’s acknowledgment of the Armenian Genocide?

The massacre of thousands of Armenians happened a century ago, but the wounds are still fresh to many. For Armenians, it’s about their predecessors who were killed in the act. While, for Turks, it’s about their heirs to the ottoman. For both these groups, this topic is heartbreaking, and calling it Genocide or not remains a highly contentious topic even today.

Meanwhile, Turkish President Recep Tayyip Erdoğan was not at all happy with the statement. He believes that the Turkish are not taking lessons from any country, and putting political viewpoints in everything destroys peace. Turkish foreign minister Mevlut Cavusoglu tweeted after the announcements.

Words cannot change or rewrite history,” Turkish Foreign Minister Mevlut Cavusoglu tweeted moments after Biden’s statement. “We will not take lessons from anyone on our history.”

More than a hundred administrators signed a message to President Biden earlier this month to formally recognized the Armenian Genocide. 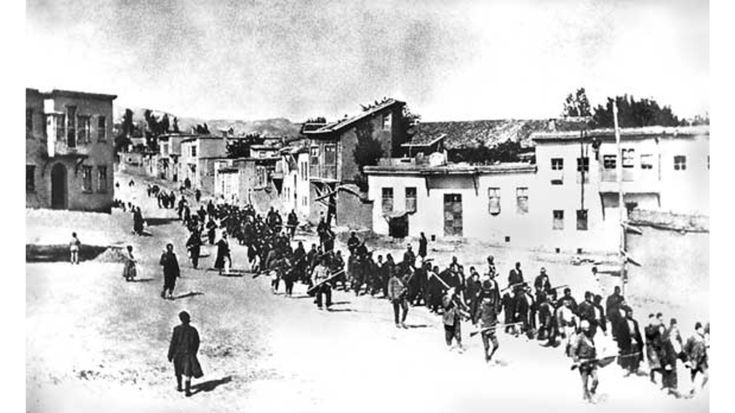 Joe Biden Declares The Massacre During World War I As Genocide!!