On Tuesday, Canadian Prime minister Justin Trudeau classified the assassination of four members of a Muslim family in London, Ontario, as a “terrorist attack.” Adding further to his comment in the House of Commons, Trudeau called the act “a brutal, cowardly, and brazen act of violence.” On Sunday, four members of a Muslim family who were waiting to cross the intersection were rammed upon by a black pick-up truck driven by a 20-year-old Canadian National.

“This was no accident. This was a terrorist attack, motivated by hatred, in the heart of one of our communities,” Justin Trudeau said.

According to the police, the act was driven purely out of intentions, and the victims were solely targeted because they belonged to the Muslim religion. And evidence has been found that further classified it as a “preplanned, premeditated act, motivated by hate.” The police had also added that there was no relation between the victim and suspect.

The suspect, Nathaniel Veltman, has been charged with four counts of first-degree murder and one count of attempted murder.

The attack victims were Salman Afzaal, aged 46, his wife Madiha Salman, aged 44, their 15-year-old daughter Yumnaah Afzaal, and Afzaal’s mother, whose name is unknown 75. Their son Fayez Afzaal, old 9, is in hospital with severe yet non-life-threatening injuries.

On Tuesday, in a statement, the victim’s family urged everyone to stand against hate and Islamophobia.

“The young man who committed this act of terror was influenced by a group that he associated with, and the rest of the community must take a strong stand against this…,” the statement read.

On Monday, Prime Minister Trudeau had vowed to use everything, every tool to fight against Islamophobia in the country. Further, in a tweet, Trudeau said that Islamophobia has no place in our communities, and the unknown hate must stop. 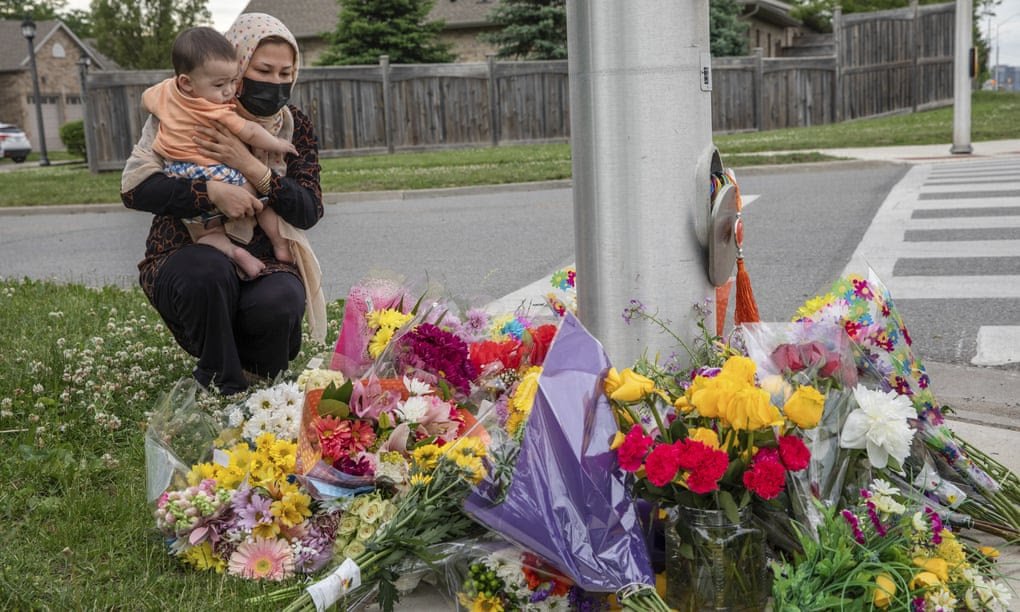 ‘This was no accident’: Trudeau calls killing of Muslim family in Ontario ‘terrorist attack’!

9
June 8, 2021
Previous articleJames Looks Forward as he Accepts 9M Contract with Ravens
Next articleGoogle has mapped a piece of human brain, which is the most detailed in history!