This small town of Noto was given an 800 million yen ($7.3 million) relief fund to utilize for procurement of the resources to help fight coronavirus. Noto considers squid as a king as well, and this sea creature is the delicacy.

A 43-foot tall pink squid statue that appears to be flying is placed outside a squid-themed restaurant. According to the authorities, the sculpture is to promote tourism in the region. Town officials believe that this five foot and half a ton stature would lure tourists post covid era.

Tetsuji Shimoyachi, a town official, said he hoped the statue would be “a driving-force attractionin the post-Covid period.”

Unveiling this giant useless statue in these times drew the ire of residents. Noto has more than 16,000 residents and is located 180 miles from the Japanese city Tokyo. People were tweeting to the authorities complaining about the misuse of grants in these times, and several demanded to remove the sculpture immediately.

When Japan is gearing up for the Olympics, and there is no proper vaccination process implemented in the region with the medical system worsening, people believe that there is no need to waste money users tweeted about this event.

One Twitter user asked how the world would view the installation of a giant squid “in a country where vaccines were not provided, P.C.R. testing isn’t increased and the medical system has collapsed.”

Mr. Shimoyachi, the Japanese authority, specified that all the funds allotted are utilized in providing relief to the residents. And with the money out of the $6.2 million grants given last year, they have spent $2.5 million on the medical facilities, while $1.3 million is for promoting local business and workers. Additional money was utilized for making the statue. 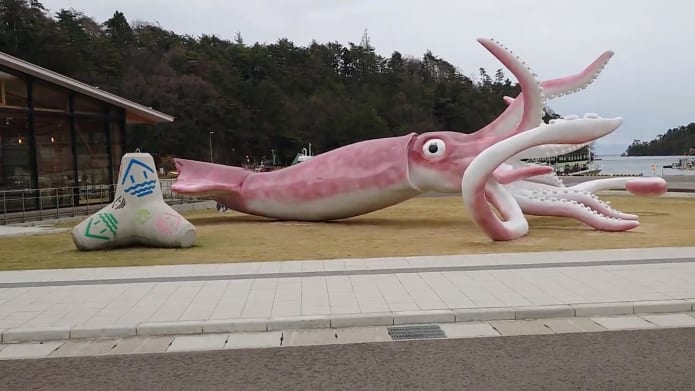 6
May 6, 2021
Previous articleHow is Corporate Sustainability impacting the Environment?
Next articleFormer Maldives President Injured In A Car Blast!