Xiaomi reveals Hypercharging technology that can charge your battery in eight minutes. The company has announced the latest fast charging demo and claims they are setting the new world record. These wireless charging options will be available in both wireless and wired systems.

Xiaomi phones will use Mi 11 Pro with a 4,000mAh battery that will enable them to charge in eight minutes over a 200W wired HyperCharged systems. Chinese company’s smartphones are very competitive in terms of charging, and this new introduction will increase the competition.

These companies often show a demonstration of new smartphones and technology, but genuine products are entirely different. Two years ago, Xiaomi announced a system with 100W that could charge the battery of 4,000mAh in 17 minutes.

A 200W wired charging phone charging takes only three minutes to hit that 50% mark, while it achieves a 100% mark in eight minutes. The comparison is to the iPhone, which can charge 100% from 99%.
It exciting to know that these incredulous speeds make it to your phone in few years. Some Chinese bloggers have this Hypercharging technology using a GaN charger ( basically made with 80W variant) with a dual coil wireless charger.

There is so much competition to stand out from the crowd. Many smartphone brands like Vivi and Oppo have showcased their charging chops. Vivo has demonstrated a 120W fast charging gaming phone along with a 4,000 mAh battery in 15 minutes.

Progress in technology is always welcome by tech enthusiasts and a phone battery that can be recharged within eight minutes is an extraordinary idea. Fast charging systems always need proprietary charging cables and chargers. And these smartphones can be used in at-home or emergencies. 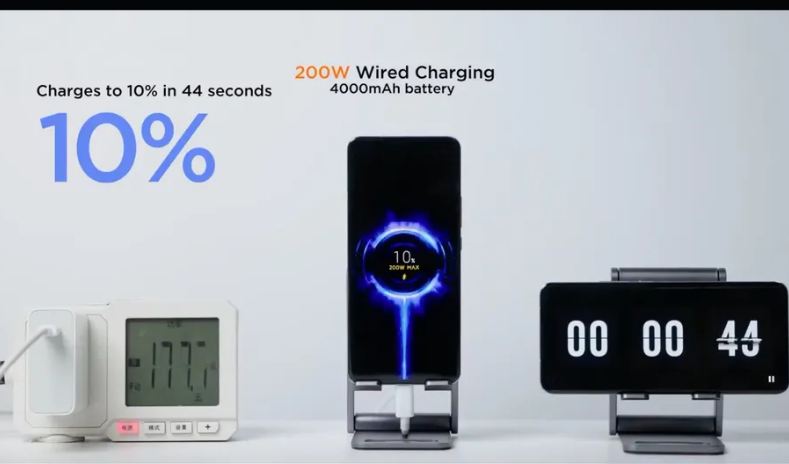 6
May 31, 2021
Previous articleTwitter Blue, a $3 monthly subscription service, could be coming soon
Next articleVenmo May Have Leaked Joe Biden’s Info But You Can Now Protect Yours