A light-sensing protein that is found in algae can help completely cure a blind man’s eye. The patient was treated with a therapy called optogenetics and which uses the protein at the back of the eye to control cells. The algae were doing its magic on the man when he first saw the strips of a pedestrian crossing.

According to the Nature Medicine reports, the man now can see partially and grab objects near the table. The patient’s identity has not been revealed but, he belongs to Brittany, France, and currently taking treatment in Paris.

The patient from France was diagnosed with retinitis pigmentosa that kills the light-sensing cells, thus making the person blind. More than two million people are affected by this disease, but complete blindness is rare. This 40-year man has been completely blind for almost two decades.

Optogenetics has been stapled in fundamental neuroscience and is a new field in medicine. This technique uses light to control the activity of brain cells, and recently scientists use this to restore the ability of one of the patient eyes to detect light.

Proteins produced by Algae are called channelrhodopsins, and these proteins change the behavior of light. And microbes use them to move towards the light. Doctors treated this patient with gene therapy. The genetic instructions are taken from algae that make rhodopsins and are given to cells in the deep surviving retina at the back of the eye.

When the back of the eye receives the light, they produce an electrical signal which is sent to the brain. But the brain only responds to amber light which is why the patient has to wear goggles. These goggles have a video camera on the front side with a projector on the backside. Rhodopsins took effect after several months to reach the eye and brain, which eventually learned a new language to be able to see again.

The patient first saw the pedestrian crossing while walking and told the doctors about this incident. The team of doctors at the Institute of Vision in Paris is all excited about the results. 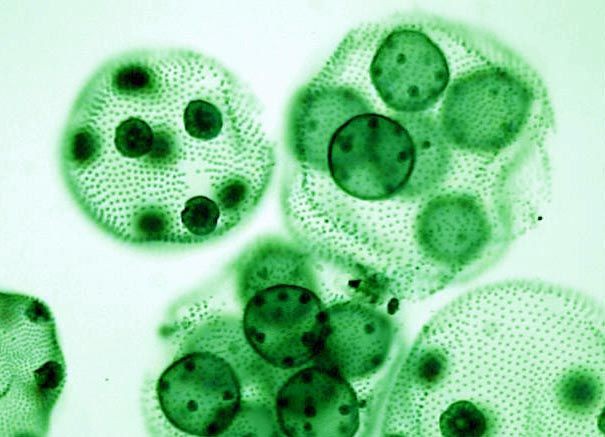 5
May 24, 2021
Previous articleYour Chance is Finally Here to Get Verified on Twitter
Next articleMemorial events, marches and White House meeting to mark one year since George Floyd’s death!