June is celebrated as the pride month of the year. LGBTQIA+ communities and their allies across the world mark Pride Month. But why this month? There is the story behind this month and why people celebrated pride month?

The first month was first celebrate in 2000 when US President Bill Clinton issued an announcement making this time of the year a celebration to diverse communities. In the 1960s, police officials would rate down all the gay bars which followed this template. They would beat them up and abuse them. And the rest of them were arrested and made to roam on the streets. They were not allowed to resist.

On 28 June 1969, history was created when police raided Stonewall Inn. The place was recognized as a haven for the LGBTQ+ community. For the first time in history, the queer community protested and fought back for their freedom. There were several clashes between the police and LGBTQ+ communities. The supporters were torn in clashes amidst echoing slogans. Police fired shotguns and tear gas to disperse the crowd.

Although the queer rights movement did not start here, it was a revolution. Revolution of Queer community where people stood together to believe in equality and respect for each other. It stood for the fight against oppressive laws and suffocating values.

The six-day period of protests and clashes to support the LGBTQ community is now known as the Stonewall riots. There were many more after, but this movement was registered in history as the first event of its kind. People from different colors, caste, races, and countries gathered together for the love of diversity.

2021 will be the 51st celebration of Pride Month, a time where different people, irrespective of their gender, will come forward and support the LGBTQ+ community. Though the festivities this year will not be happy due to the pandemic. People will celebrate this at home, and some will come out for a small gathering according to their laws at this time.

San Francisco will not celebrate with a parade this year, but instead, people will gather for a movie night with face masks and social distancing rules in place. 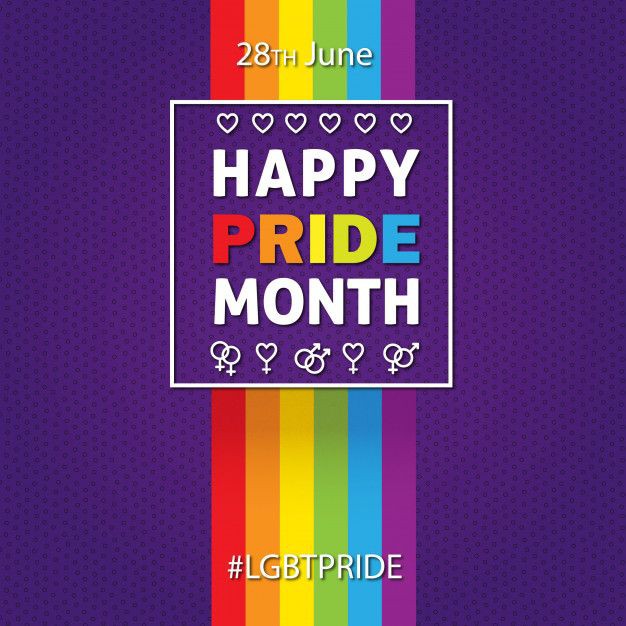 Why June is Celebrated As Pride Month – A Peek Into History!

6
June 1, 2021
Previous articleVenmo May Have Leaked Joe Biden’s Info But You Can Now Protect Yours
Next articleTexas Rapper Lil Loaded Dies At Age 20!!