Legendary’s upcoming monster film, “Godzilla vs. Kong,” is the latest high-profile Hollywood movie that is likely heading to a streaming service.

The Hollywood Reporter reports that Netflix had made an offer of more than $200 million for the film, though WarnerMedia blocked the deal while preparing to make an offer to bring the title to the company’s HBO Max streaming service. WarnerMedia CEO Jason Kilar and Warner Bros. chairman Ann Sarnoff are directly involved in plans to bring “Godzilla vs. Kong” to HBO Max while also bringing the film to theaters.

Warner Bros. has a 25 percent stake in the film and controls its release.

Regardless of whether the film ends up on Netflix, HBO Max, or elsewhere, the reported negotiations indicate that streamers consider high-profile film acquisitions to be of key importance during the coronavirus pandemic. WarnerMedia recently announced plans to bring its “Wonder Woman 1984” tentpole to HBO Max on December 25, the same day the film will premiere in theaters, while Disney premiered its live-action “Mulan” film on Disney+ earlier in the year.

Film companies have been reluctant to premiere their titles in theaters during the pandemic due to the nation’s widespread theater closures. WarnerMedia released Christopher Nolan’s highly-anticipated “Tenet” in theaters during the pandemic. The film was not a global box-office bomb and it failed to attract large audiences in North America. The company delayed its other high-budget films, including “Dune,” “The Batman,” and the aforementioned “Wonder Woman 1984” following the middling financial success of “Tenet.” Release dates for most of Hollywood’s other upcoming big-budget films have been repeatedly pushed back and it is unclear when American theaters will be able to operate at full capacity.

As for “Godzilla vs. Kong,” the upcoming film is the fourth in Legendary’s MonsterVerse, which kicked off with 2014’s “Godzilla.” The franchise’s other films include “Kong: Skull Island” and “Godzilla: King of the Monsters,” which released in 2017 and 2019, respectively. The film is directed by Adam Wingard and stars Alexander Skarsgard, Millie Bobby Brown, Rebecca Hall, and Kyle Chandler. 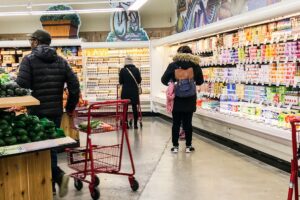