Steve Harvey is a American host, comedian, actor, and businessman. He hosts many popular shows like Family Feud, Celebrity Family Feud, Steve Harvey Morning Show, and Miss Universe. Harvey started his career as a comedian and was featured in Original Kings of the Comedy. His last stand-up show was in 2012.

Harvey was born on 17 Jan 1957 in West Virginia. His father, Jesse Harvey, worked as a coal miner, and her mother, Eloise Vera, was a housewife. They moved to Ohio after some years, and Harvey graduated from Glenville High School in 1974. He then attended Kent State University and West Virginia University.

Harvey has worked in many professions like as a boxer, autoworker, salesman, and mailman. He was homeless for three years and used to sleep in his Ford van. Harvey was the runner up in the Johnnie Walker National Comedy Search in 1990. He later starred on the show The Steve Harvey Show, which ran from 1996-2002. He appeared in several movies during 2003 and 2005. Harvey has also written books like Act Like a Lady, Think Like a Man, on which a book-based movie was also created.

Harvey’s pocket is full when it comes to awards and achievements. He has six Daytime Emmy Awards, two Marconi Awards, and fourteen NAACP Image Awards in various categories in his bag. His book Think Like a Man was at No. 1 on New York Times best-seller list.

Harvey married three times, and he has seven children, four of which are biological and three stepchildren. Harvey married Marjorie Bridges in June 2007, who changed his life for the better. Marjorie is the mother of three children, and Steve adopted all three of them. Harvey is a Christian and also a vegan.

Net Worth of Steve Harvey

Steve Harvey’s net worth is approximately 200 million dollars with a 45 million dollar salary. His major earnings are as a host for Family Feuds and his radio hosting duties. He also bought Tyler Perry’s mansion for sweet 15 million dollars. 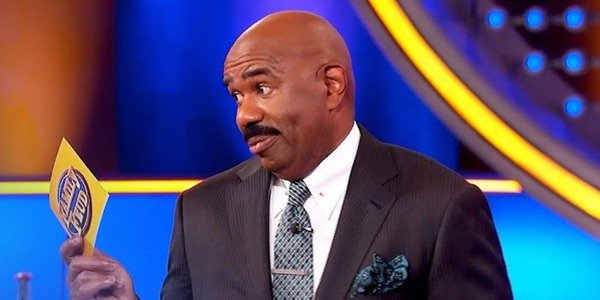 What is the net worth of popular host Steve Harvey?

30
February 7, 2021
Previous articleHannibal Lecter: His characteristics and actors who played the role
Next articleWhat is AMC Theatres all about? Who founded the AMC Theatres?