President Rodrigo Duterte warned prison citizens who decline to be immunized against the coronavirus as the Philippines battles one of Asia’s most critical outbreaks, with over 1.3 million cases and more than 23,000 losses.

“You pick, vaccine, or I will have you imprisoned,” president Duterte said in a televised speech on Monday following news of moderate attendances at various vaccination places in the city, Manila.
Duterte’s comments oppose those of his health executives who have said that while people are compelled to take the COVID-19 vaccine, it was voluntary.

“Don’t get me mistaken, there is a tragedy in this nation,” Duterte said. “I’m just bothered by Filipinos not heeding the administration.”

As of June 20, Philippine officials had sufficiently vaccinated 2.1 million people, making gradual progression towards the government’s aim to immunize up to 70 million people this year in a country of 110 million.

Duterte, who has been scrutinized for his robust strategy to restraining the virus, also stood by his determination not to let institutions resume.

In the same speech, he took a swipe at the International Criminal Court, after an ICC prosecutor had solicited approval from the court for a full probe into the drug war crimes in the Philippines.

Duterte, who in March 2018 ended the Philippines’ membership in the ICC’s establishing agreement, reiterated he will not agree with the inquiry, calling the ICC “bulls–t”.

“Why would I protect or sustain an indictment before white people. You must be stupid,” said Philippines president Duterte, who, after gaining the presidency in 2016, unleashed an anti-narcotics campaign that has killed thousands.

Inquired for judgment, ICC spokesperson Fadi El Abdallah said: “The court is an autonomous judicial institution, and does not talk on political remarks.” 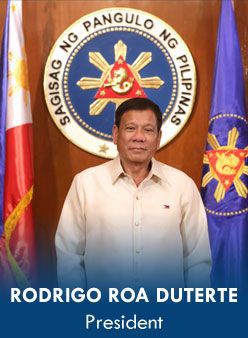 11
June 22, 2021
Previous articleAmazon Seems To Hold a Dominant Part of The Market In Streaming
Next articleIsrael says the Delta variant is infecting vaccinated people, representing as many as 50% of new cases!