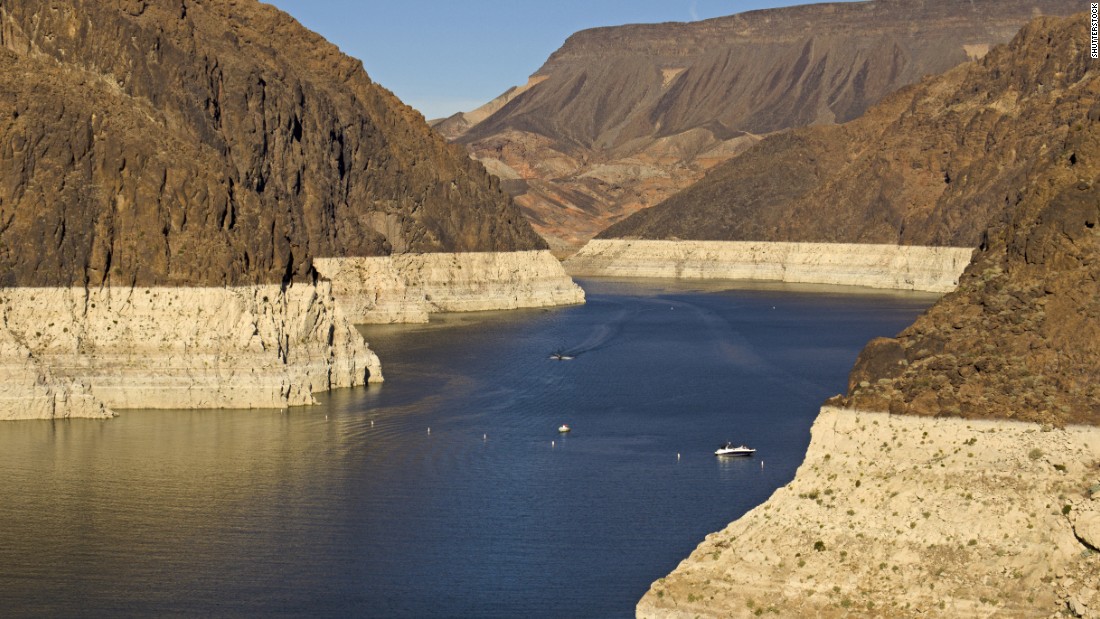 The United States’ largest reservoir is draining rapidly. Extreme climate caused drought, and the water demand increased. Since Lake Mead has been filled, it has recorded its lowest level. The lake is a Colorado River reservoir that has become one of the most significant effects of climate crises. It is located east of Las Vegas on the Nevada-Arizona border. In the coming years, millions of people will be affected by the Colorado River shortage alone.

It has been announced by the Bureau of Reclamation for the lower Colorado River basin the 1st ever water shortage. In 2022 it will reduce water releases to Mexico, Nevada, and Arizona. From the river next year, Arizona will receive 18% less water. The water allowance of Mexico will reduce by about 5% and Nevada’s by about 7%.

Experts say without climate change also water shortage will be there because people are pulling more water than the river can provide. The problem is made more worst by climate change, and the flow of water has reduced substantially. Climate change is seen through extended drought, expansive wildfires, extreme temperatures, and in some places, landslides and floods are making the situation worse. The lake has fallen around 143 feet below its 2000 level. Along the lake’s steep shoreline, what is left is a bathtub ring of white minerals.

Representative of seven US states about a century ago struck a deal to divvy up the Colorado River. Hydrologists warned that officials promised more water than the river could give. On Lake Mead water, twenty-five million people rely. The flows of the river are gradually diminishing due to heat and drought due to climate change. One of the hardest hits will be the agriculture community.

In 2000 the Lake Mead was considered complete. According to experts, it may never be whole again. Lake Mead is now at 36% capacity, and the number will continue to fall. As per projections, the water levels to drop another 20 feet by 2022. For nearly 22 years, more than 1,000 Olympic-sized swimming pools were lost every day. To evaporation, the lake loses around 6 feet of water every year. It is made more worst by climate change. The supply of the river decreases as the snowmelt because of temperature warming, and during an extreme heatwave, more water evaporates. In June, July, August, 40% of the annual evaporation occurs.

In July 2023, Lake Mead is projected to hit a level at which additional water cuts are required. State officials have announced that they would have to make difficult decisions in the future due to water shortage. The states will have to work together to come up with innovative solutions. Today’s Colorado River hydrology is not the same as it was before.

About 2000 megawatts of hydropower are produced by the Hoover Dam, which forms the Lake Mead reservoir. It makes enough electricity for nearly 8 million Americans. But with less water flowing through Hoover Dam, the capacity has dropped to 25%. The decline affects several states. Experts say that the dead pool level is at 895 feet, and after that point, water no longer passes through the dam.