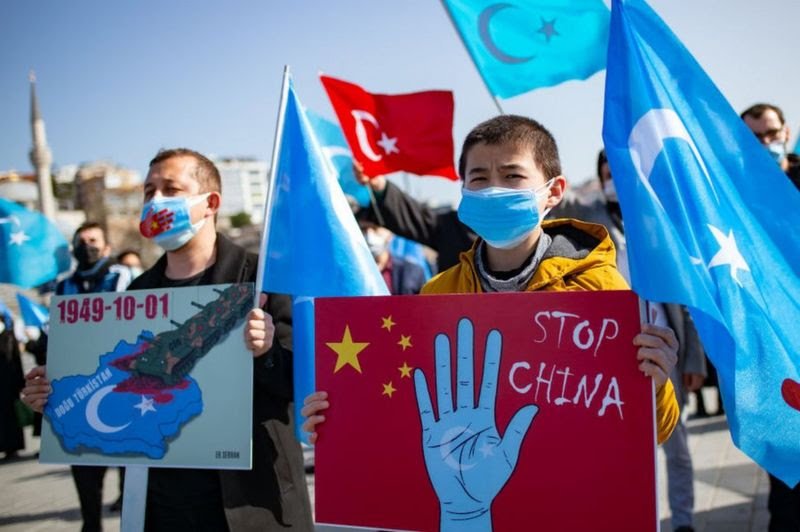 The human rights organization Amnesty International has proclaimed that China is perpetrating atrocities upon humankind in Xinjiang, the north-western area that is hometown to Muslim communities and Uyghurs.

Amnesty International has voiced its concern and called out United Nations, saying China is producing “a dystopian hellscape on a staggering scale. “It should shock the conscience of humanity that massive numbers of people have been subjected to brainwashing, torture and, other degrading treatment in internment camps, while millions more live in fear amid a vast surveillance apparatus,” Ms. Callamard said.

The report submitted by Amnesty International has interviews with 55 former detainees, and the information is about 160 pages containing all the crimes of Chinese authorities.

According to the organization, these crimes are so heinous that China should be punished severely for violating the fundamental human rights of these communities.

The report also contains pieces of evidence of all the crimes that are destroying humanity. At the same time, China has accused several western countries and ethnic groups of pursuing genocide against these minorities.

Jonathan Loeb, the author of the Amnesty report, said in the press release that the research doesn’t contain all the evidence that the crime of genocide has occurred but has scratched the surface.
The Chinese government has dismissed all the invasions and accusations against any human rights abuses in the Xinjiang district.

According to the experts, China has detained more than a million Uyghurs and other Muslim people. Also, they have arrested hundreds of them in their prison during the crackdown in Xinjiang, which began in 2017.

Many events have been proclaimed from various parts of the country about physical and psychological torture that these communities witness every day due to detention and imprisonment. The communities have also accused the authorities of forcing sterilization, aborting, and population transfer to decrease birth rates and community density.