It might have happened to you or someone you know, maybe a family member or a friend – feeling worst after getting the second dose of the vaccine. According to some data, it is said that younger people are more prone to the side effects of the vaccine.

What kind of side effects?

The vaccinated people might experience pain, redness and swelling in the arm and apart from that other symptoms might include headache, fever, nausea, chills, vomiting and body pain which are generally resolved within 3 days.

Why do younger people feel more side effects?

People between the age of 18 to 49 are expected to experience more side effects than older people as they have robust immunity in comparison of the elders as per the scientists.

However, the symptoms and side effects are similar in younger as well as the older people.

What if there are no side effects seen?

Not having any side effects does not mean that the vaccine is not working. Since we all are made up of the same elements but we differ from each other in many ways.

Immune system works in different way in different people so there is nothing to worry if all you feel is soreness in arm and no other symptoms except that.

Since we already have antibodies after the first shot of the vaccine, our immune system responds more vigorously to the second shot of the vaccine and complete immunity is triggered. This might lead to more severe effects as compared to that of the first dose which is completely fine.

Can these Side effects be treated at home?

Yes these side effects can be easily treated at home with either home remedies or simple medications. One can take ibuprofen, acetaminophen, aspirin, or antihistamines for the fever and discomfort caused by the vaccine.

Only contact a Doctor if the symptoms and side effects persists even after few days of the second shot. 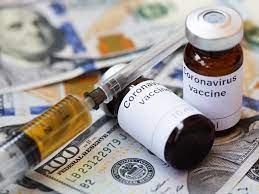 9
April 30, 2021
Previous articleTesla Accused Of Environmental Rule Violations In US And Germany
Next articleUntouched Bronze age tomb found of Ireland!