Malala Yousafzai graces the July 2021 edition of British Vogue, and through this cover, she hopes that every girl should know that she can change the world.She is hoping to inspire every girl globally to fight for herself and wants to be an inspiration.

This 23-year-old Oxford graduate opens up about politics, activism, and her path towards creating a world safe for women. She wants to empower girls globally and become the youngest author and the youngest one to win a Nobel Peace Prize. Malala worried if she could change the world, and she talked about whether she can achieve her goals in the future.

“I care a lot about my work and I worry about how long it would take to reach the goals we have set. People say, ‘Malala, don’t worry, it’s not your responsibility, leaders should worry!’ But if I have the capacity to do something to keep raising awareness, then I should,” she said.

Malala Yousafzai was born and bought up in Mingora, Pakistan, in 1997. She always wanted to be a doctor, but life changed for her in 2008. In 2008 Taliban were against girls attending school and commanded power to stop any education given to girls.

But Yousafzai wanted to change this perspective and wanted to study to become an inspiration for others. She started to advocate the importance of girl’s education publicly. She was later barred from her school for sharing such radical views. One day on Oct 9, 2012, Taliban shooters opens fire on her school bus.

A shot directly hit her head, and then she was airlifted from Pakistan to Birmingham, England, where she miraculously revived.

In this year’s British Vogue cover, she tells about her journey, how she utilized every opportunity to study and graduate.”I was excited about literally anything. Going to McDonald’s or playing poker with my friends or going to a talk or an event. I was enjoying each and every moment because I had not seen that much before,” she explained.

Photographer Nick Knight does the Vogue photoshoot. She is in a bright red Stella McCartney outfit along with a bright-colored red scarf. 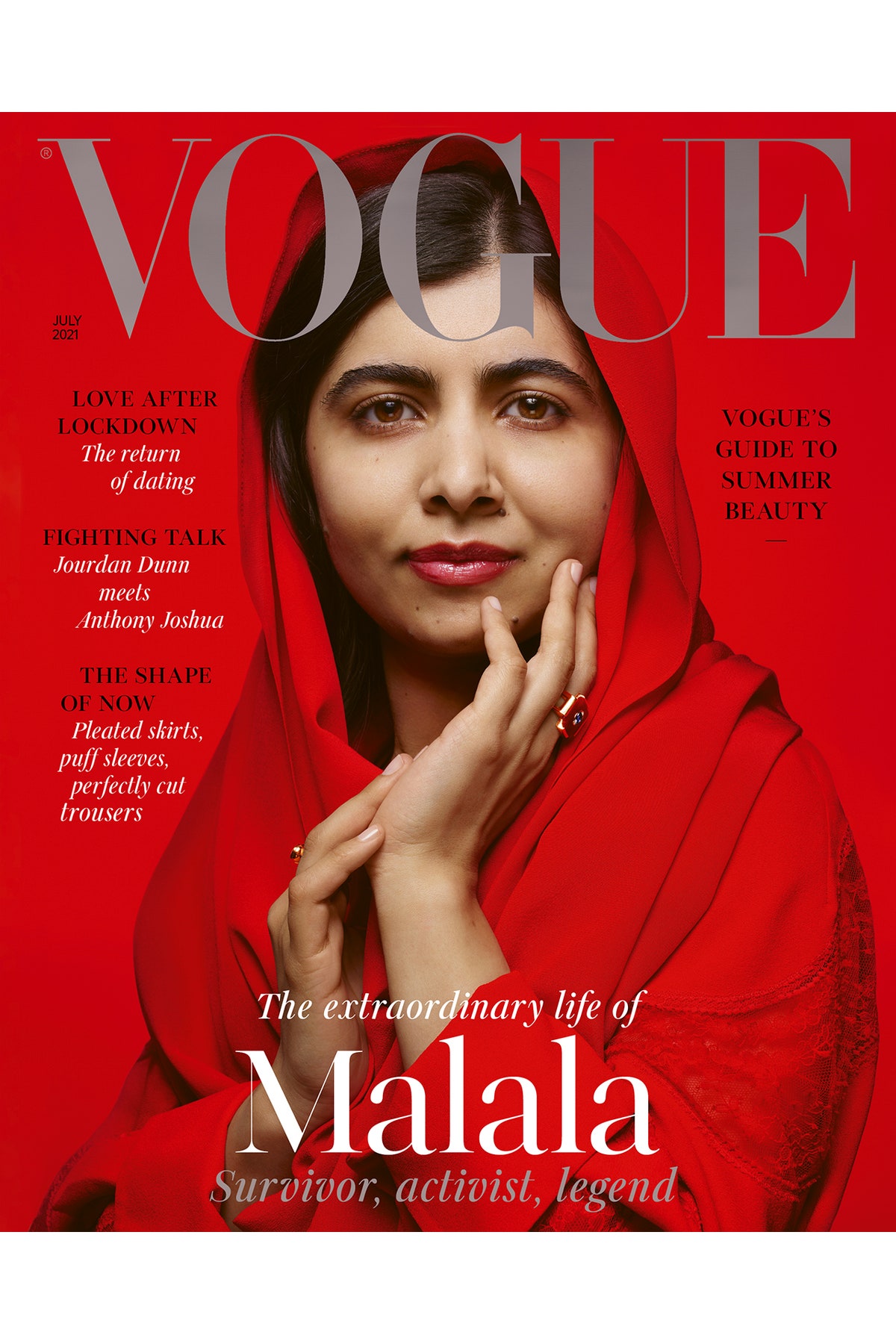