Former Maldives president Mohamed Nasheed was severely injured in a blast outside their family home. The spokesperson of the Maldivian Democratic Party said that the former president is treated for shrapnel wounds. Four others are injured with the president, including a British National.

The blast occurred at 8:30 pm local time on Thursday evening. Police have been investigating the action supporting terrorism. Family members have not affirmed the medical reports, but they have said that the president is conversing and currently on the anesthetic.

Mohamed Nasheed is the first democratically elect president. He is currently seeking medical aid at ADK hospital that is a private facility. According to the hospital sources, he has undergone 16 hours of surgeries in the head, chest, abdomen, and limbs. The former president is currently ” in a critical condition in intensive care”.

What happened during the blast?

According to the police reports, a detonator was fixed on a motorcycle outside Nasheed’s house. When he stepped outside his home to the car, a bomb was triggered. Video footage across the area captured the motorcycle debris and wounded bystanders that were outside the building.

The current president of Maldives, Ibrahim Mohamed Solih, has described the event as an attack on the country’s democracy and economy. He took a pledge that perpetrators would face the punishment as per the law.

The police commissioner has said that 450 officers are working to investigate this act of terrorism. And they are yet to find any evidence. Two investigating officers from Australian Federal Police (AFP) will arrive in the Maldives. Australian authorities will come second-time from Australia to help Maldivian police in an alleged assassination attempt.

“Strongly condemn the attack on Speaker of Parliament, President Mohamed Nasheed this evening,” Foreign Minister Abdulla Shahid said in a tweet.
“Cowardly initiatives like these have no place in our society. My thoughts and prayers are with President Nasheed and others injured in this attack, as well as their families.” 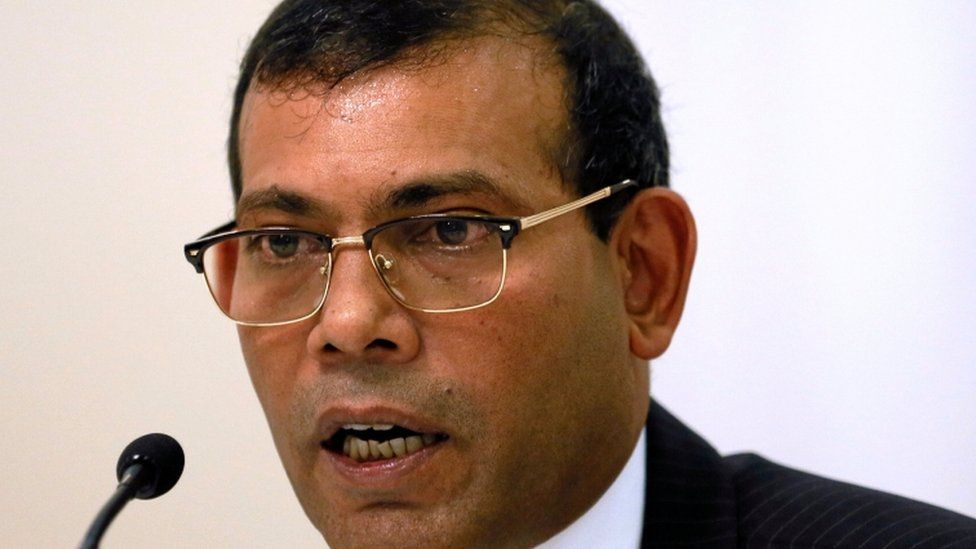