About seven million flowers are planted in Keukenhof, Netherlands, and they only last for just eight weeks. More than seven million bulbs are planted by hand every year in the garden spread over 80 acres. Keukenhof is the home of the world’s largest spring flower gardens with more than 800 varieties of tulips. But this year du eto pandemic the doors to this garden will remain shut. As per Lisse Municipality which overlooks this place said that the visitors were allowed during weekends but due to surge in cases spring garden will remain shut.

The USA holds the most beautiful public space gardens, but nothing is compared to this spring bloom in Keukenhof, Netherlands. This garden is the second largest in the world after Dubai Miracle Garden.

According to the website, this garden is known as a spring park and houses more than 800 varieties of tulips. For eight weeks, the Lisse municipality in the Netherlands opens its doors for a warm welcome. Flower enthusiasts from different countries come to admire the beauty and hard work put in all year round. The Dutch government spends millions of dollars each year to make this extraordinary event a breathtaking reality.

But for the first time in almost 71 years, there has been a delay in the opening. Workers of this magnificent garden are disappointed as they would not cover the cost. One of the gardeners says that it is like a “ghost with a cock already ticking”. They are worried that they will be indebted with losses, and all the hard work would go to waste.

As per Insider reports, gardeners map out the design and select the flowers they want to display in a year. After months of designing and planning, they get to buy all the materials. They hand plant all the seeds within three months. The flower of this garden is usually tulips. There are more than 800 varieties of tulips this year in this garden. There are tulips of different colors and types. Last year the gates were closed, but this year mounting to the losses government decided to open for weekends. But after few days it was closed again. 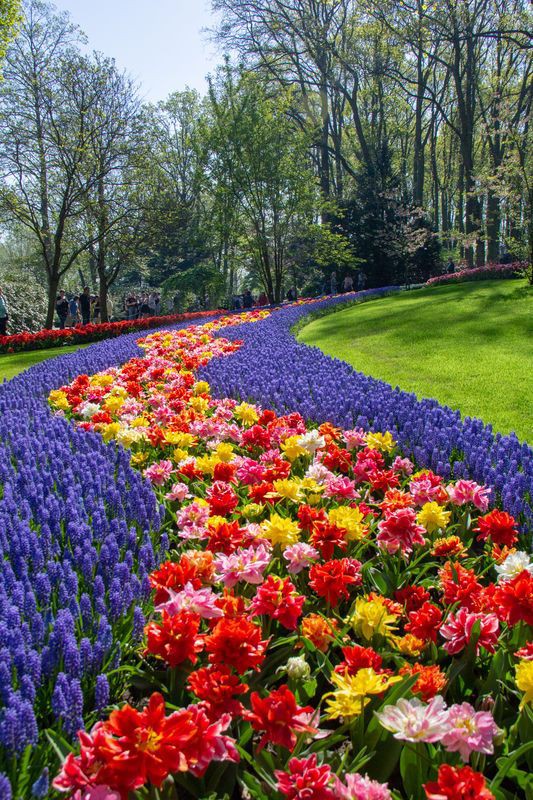